Atheist Ireland and Atheist Northern Ireland both took part in today’s pro-choice march in Belfast. Despite the omnipresent Belfast rain, it was a great day which is one more step towards the eventual legalisation of abortion in both Ireland and Northern Ireland. Keep up the pressure! 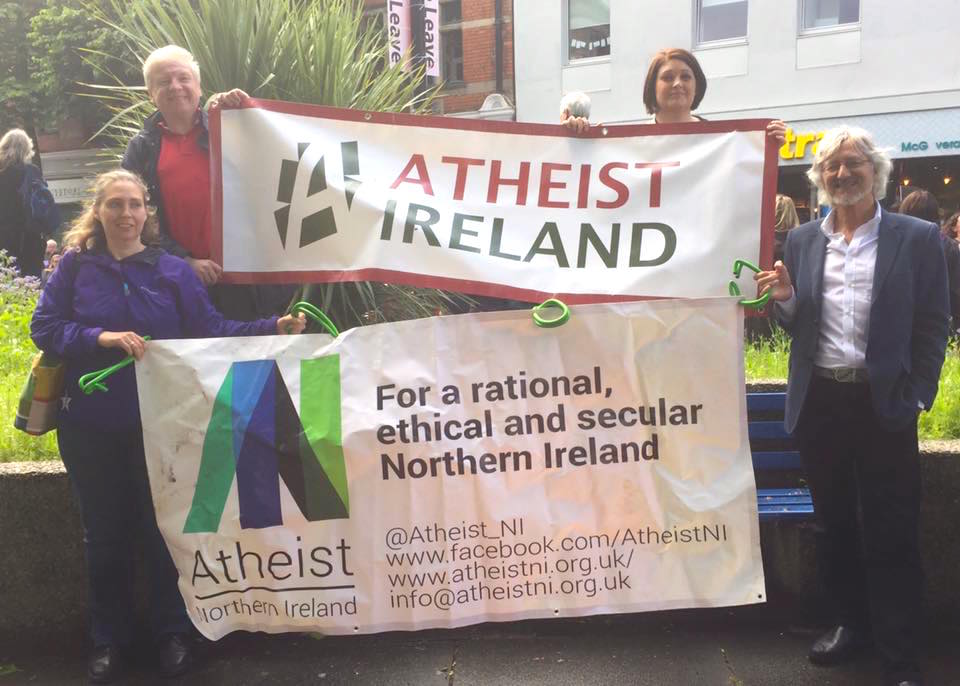 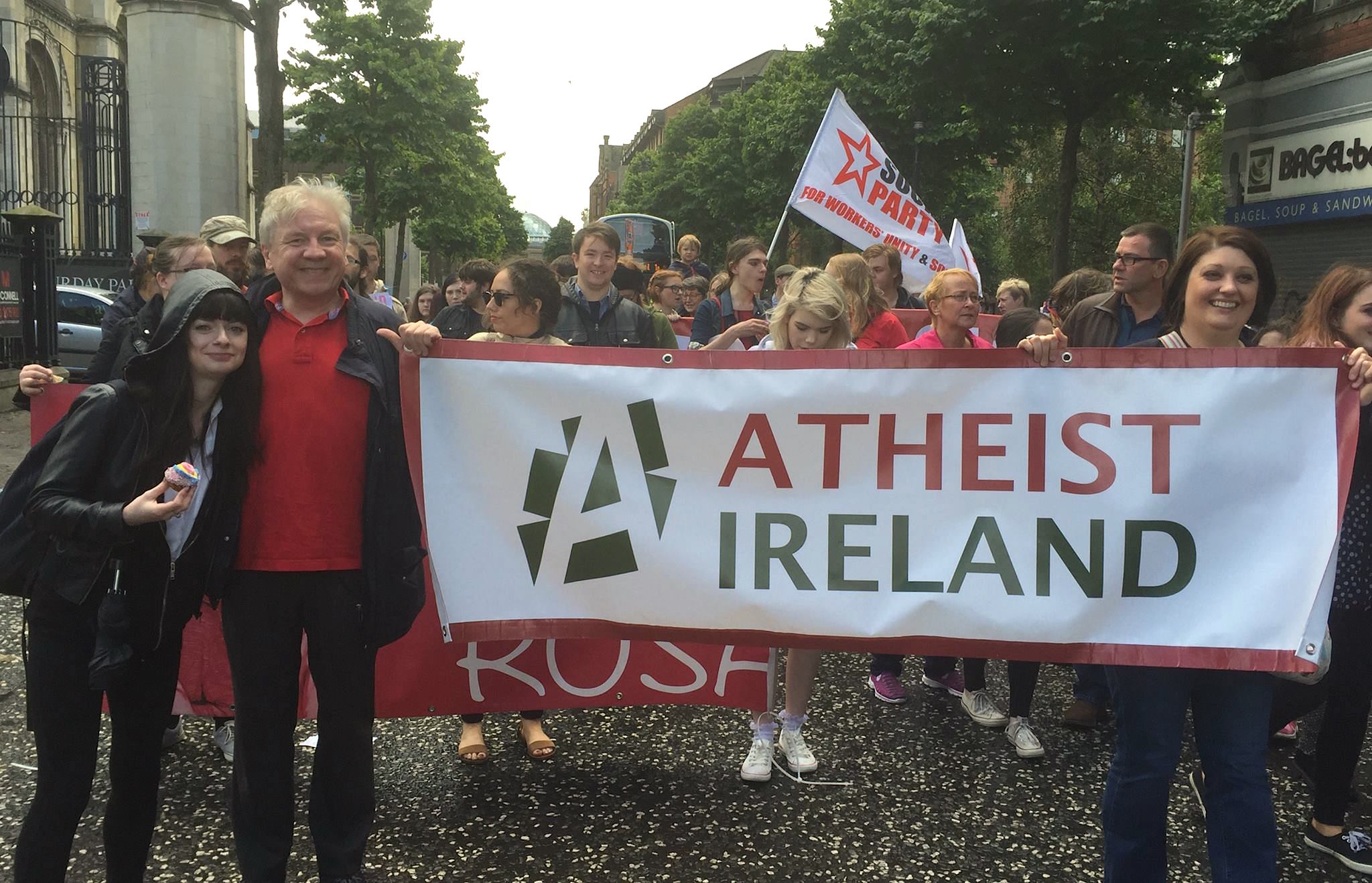 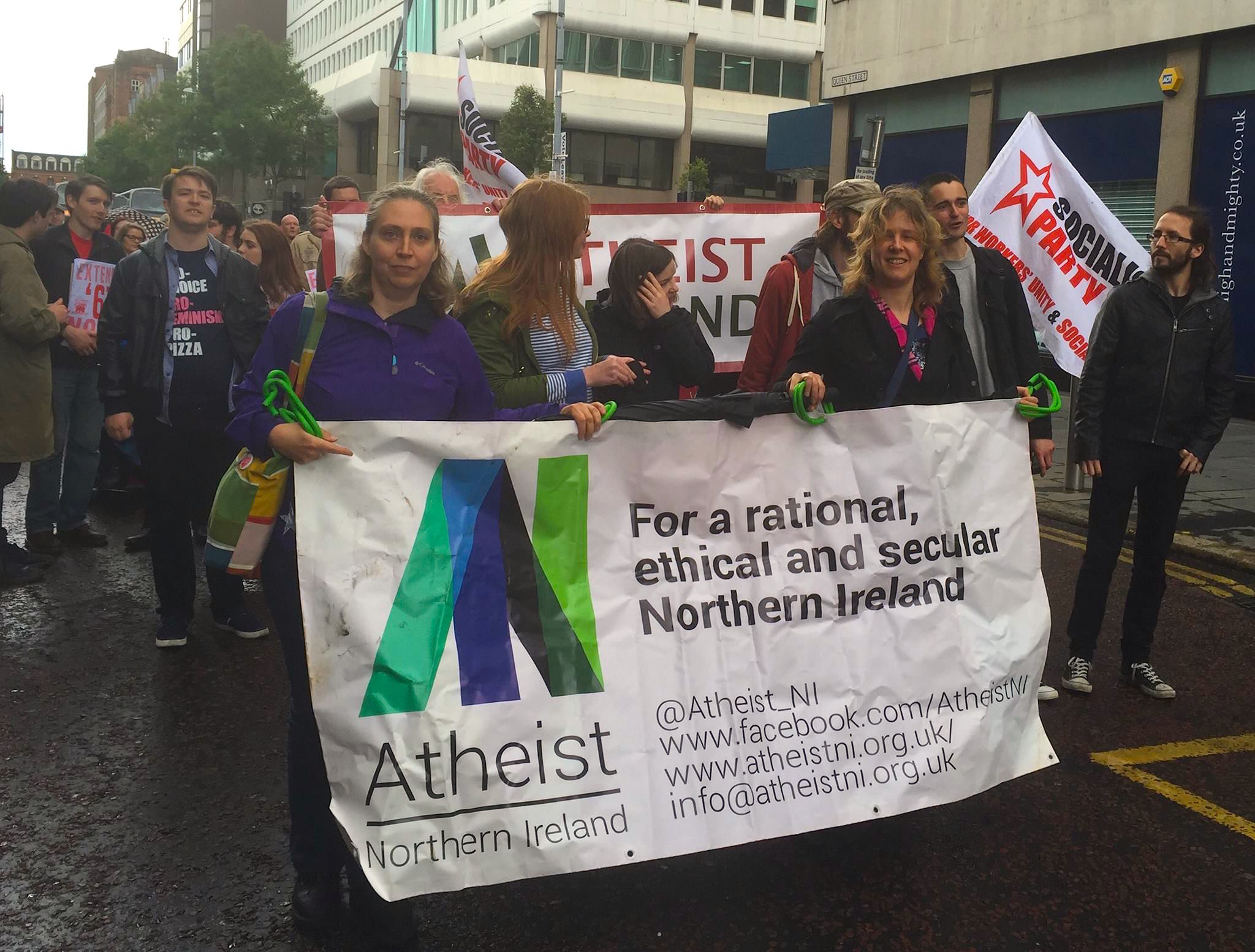