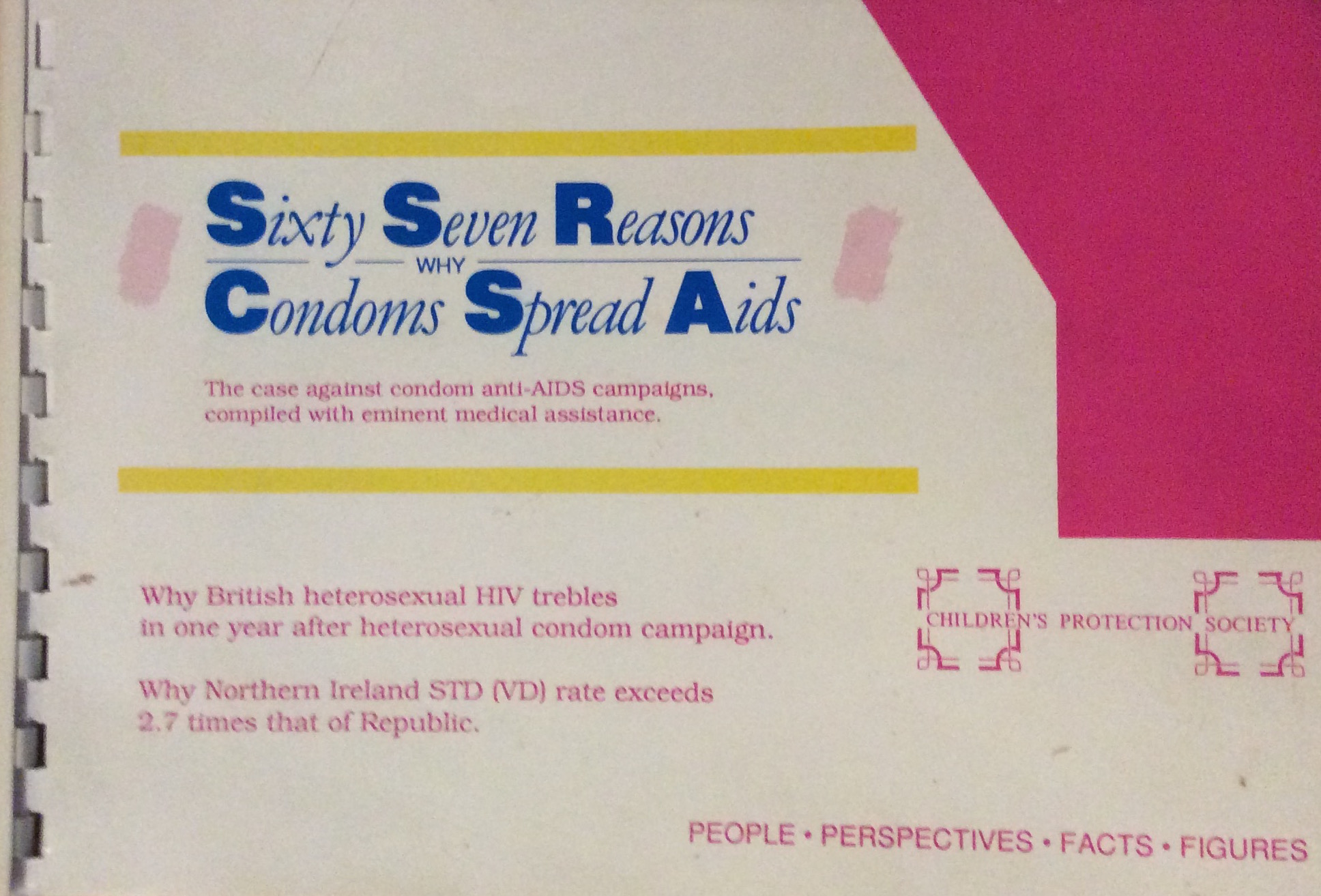 Operation house-clean has uncovered another gem – a bizarre political lobbying booklet from 1991 titled 67 Reasons why Condoms Spread AIDS. My late wife Anne then worked in the Dail, and she rememberers batches of them being delivered to every TD and Senator.

It was an expensively produced booklet published by a group called the Children’s Protection Society, an off-shoot of the Christian Principles Party, and it outlined what it called ‘The case against condom anti-AIDS campaigns, compiled with eminent medical assistance.’

Here are some examples of the best medical arguments against condoms that this peculiar lobbying group could come up with, followed by a letter I wrote to the Irish Times about it, in which I looked forward to the sequel booklet 67 Reasons why Motor Cycle Helmets Spread Head Injuries. 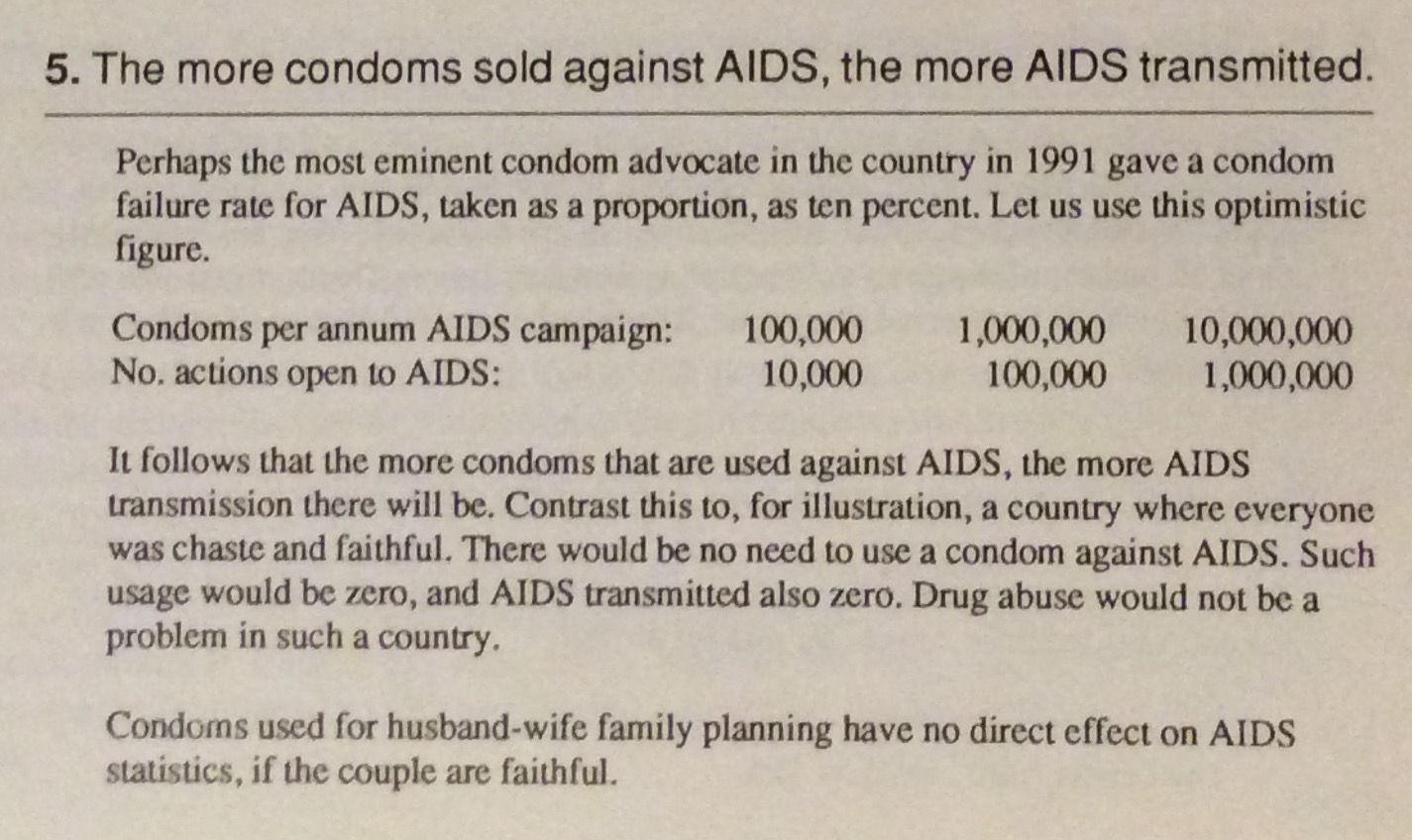 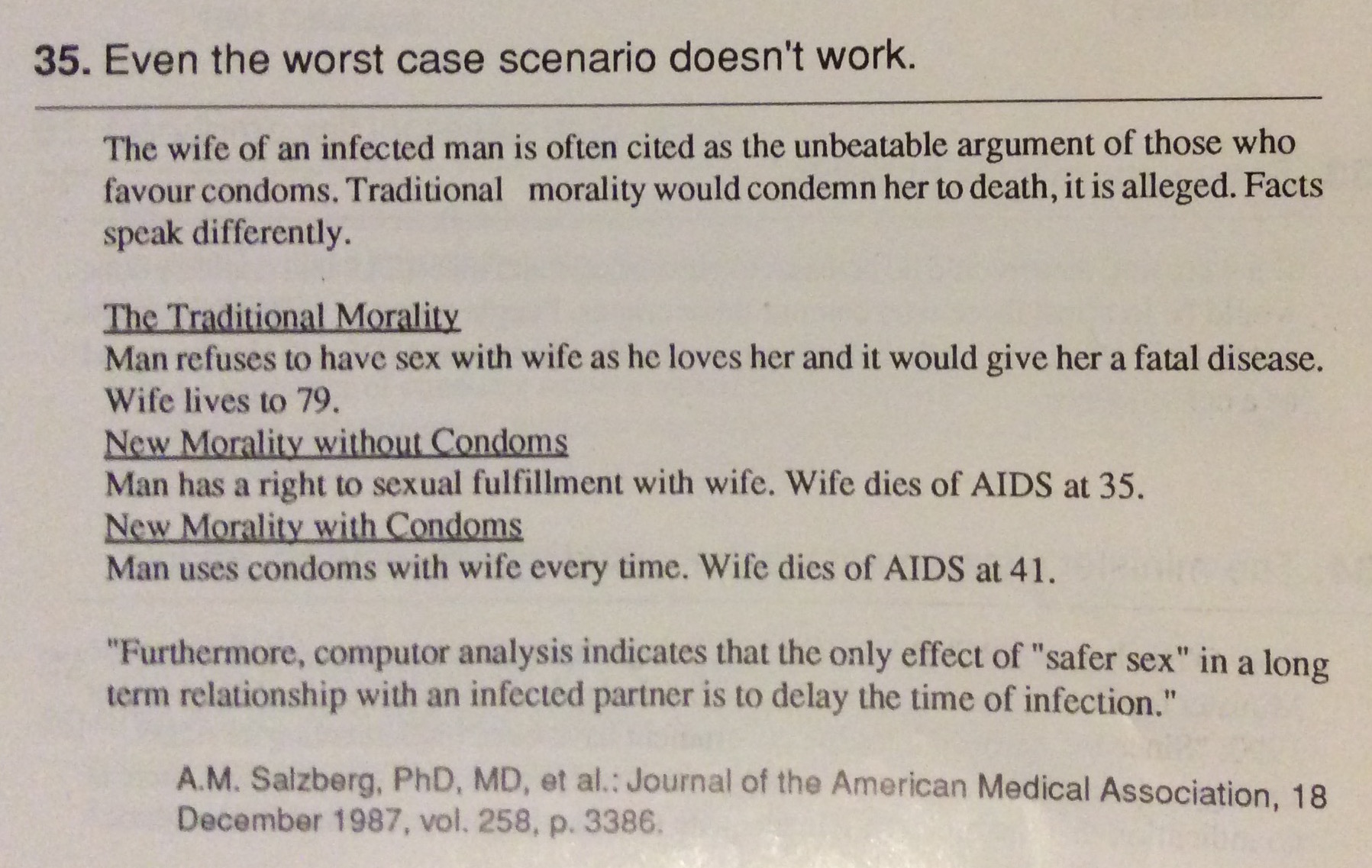 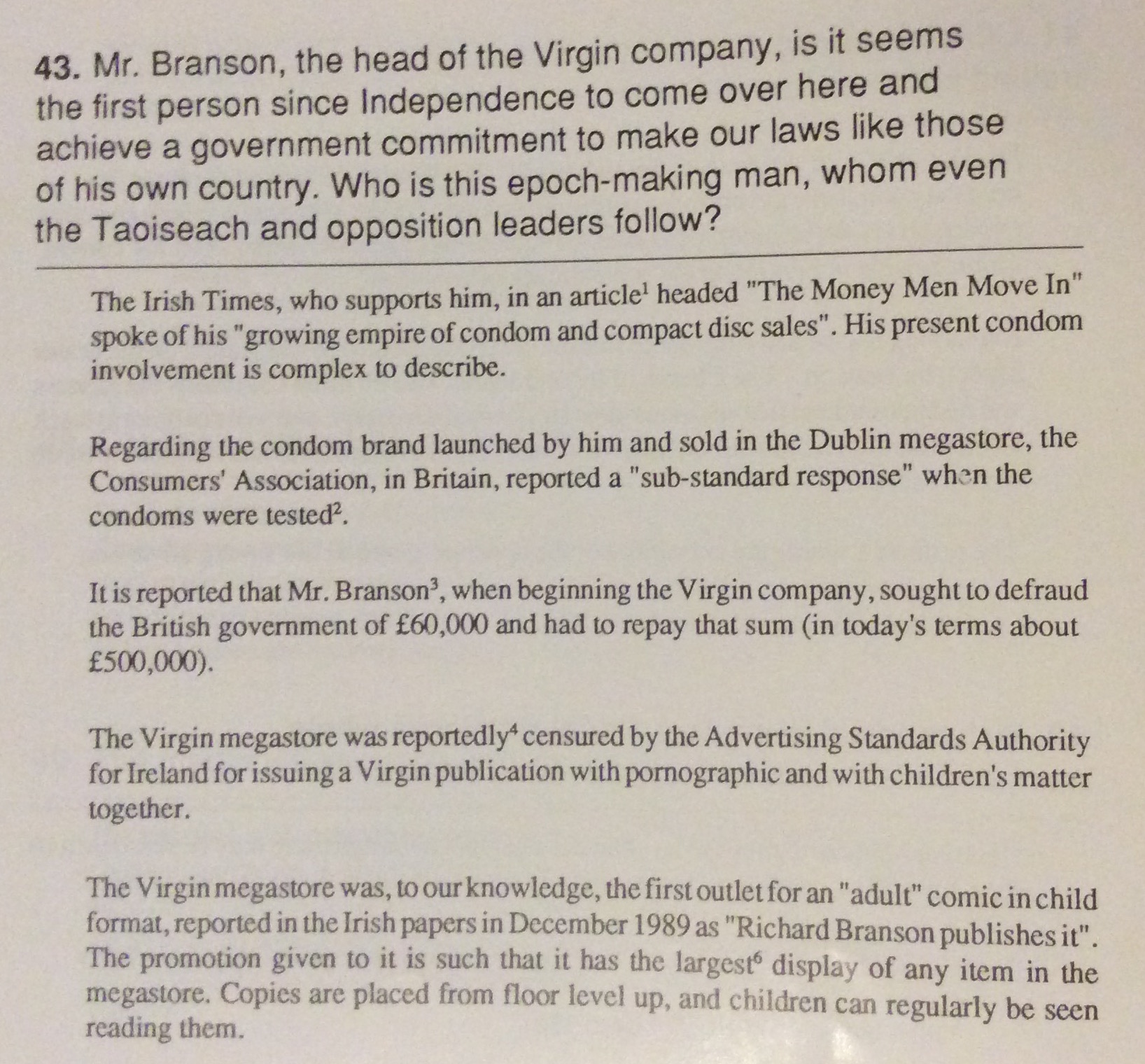 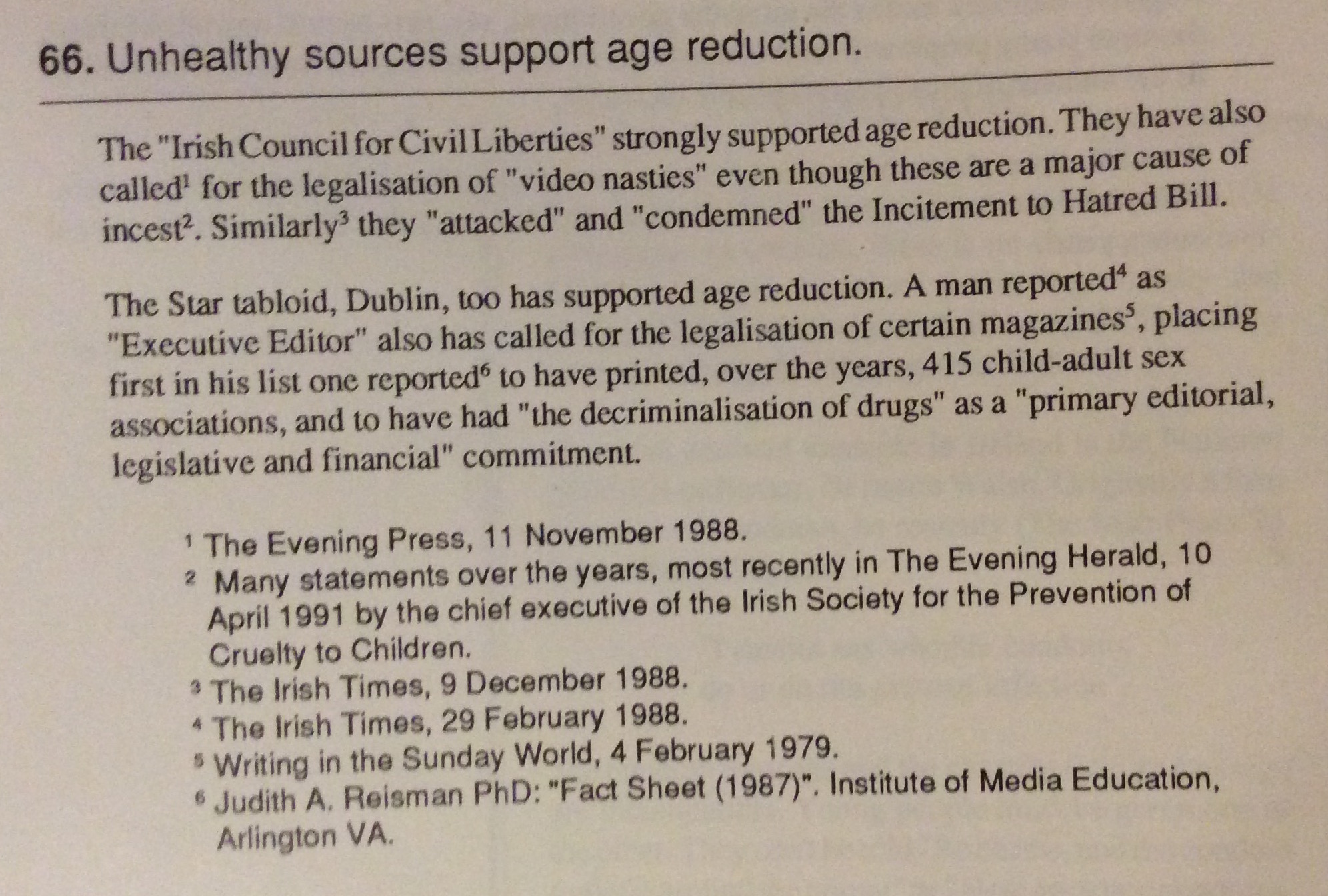 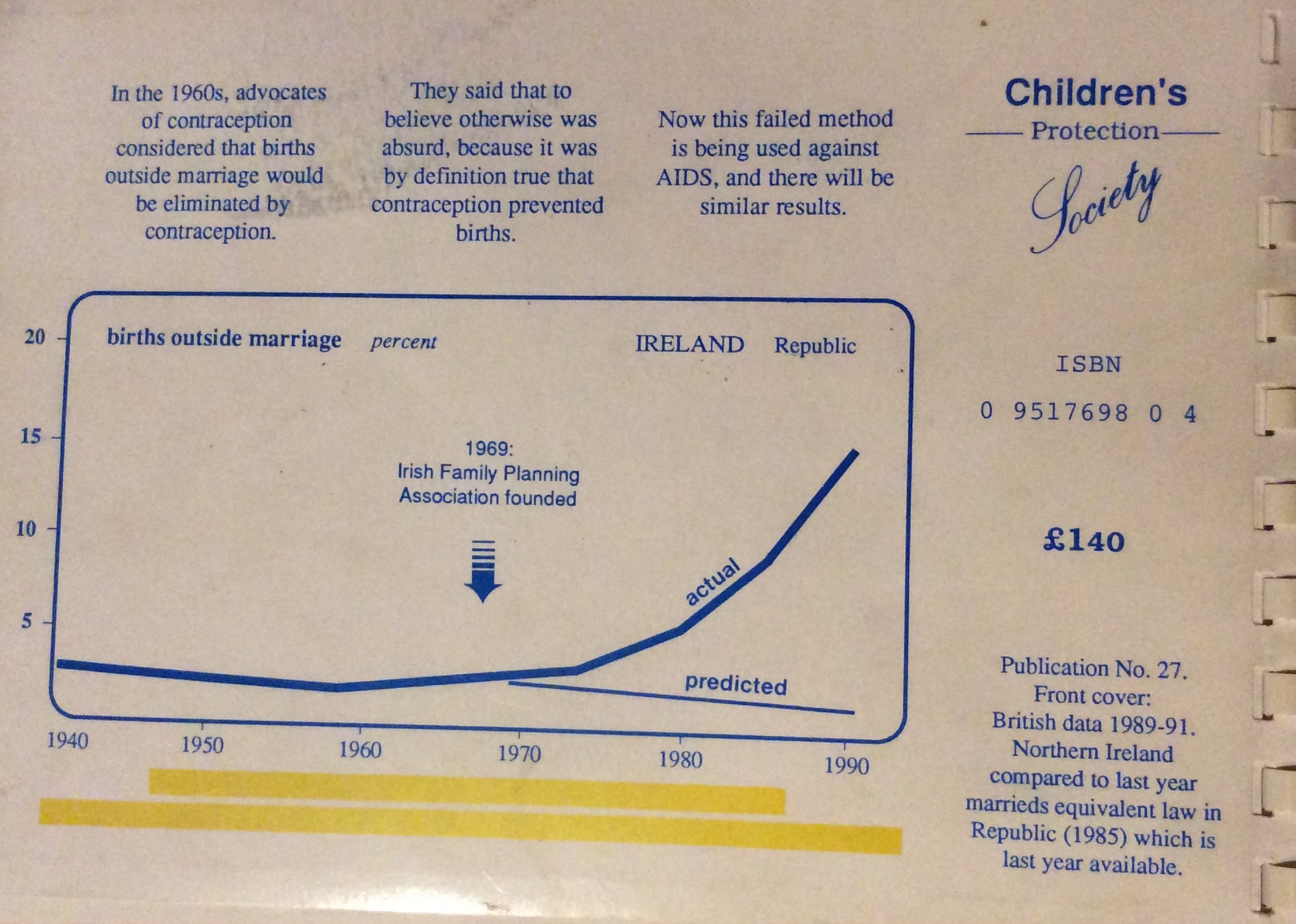 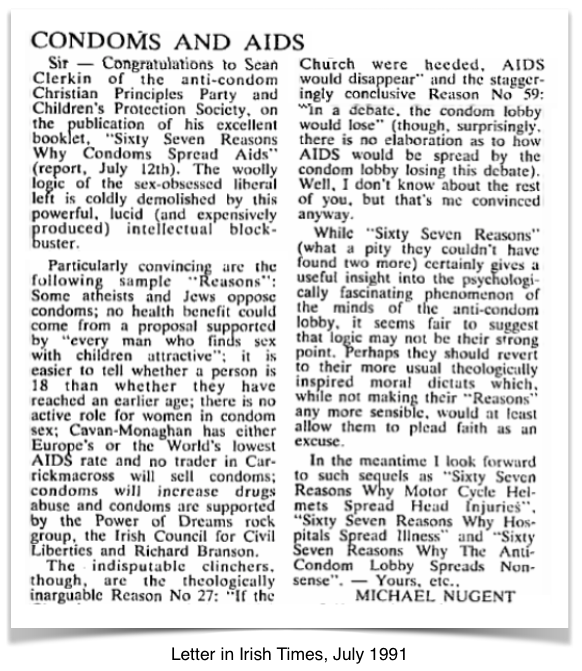 One thought on “67 Reasons why condoms spread AIDS”