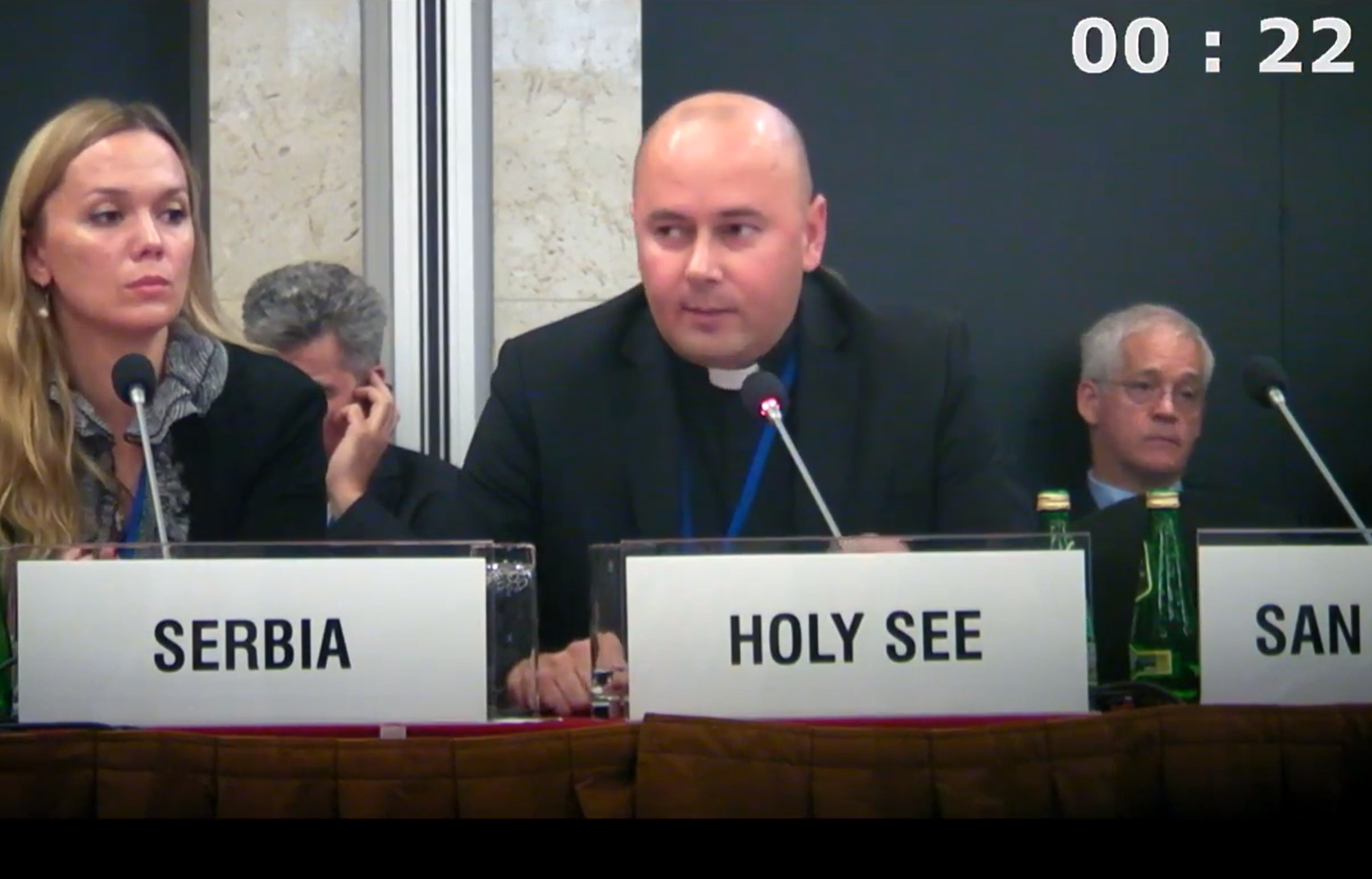 The Holy See today responded to Atheist Ireland’s contribution at the OSCE on religious discrimination in Irish schools. We will have a full analysis later, including how the Holy See’s response contrasts with its submission to the UN Committee on the rights of the Child, but for now here are the relevant sections of the Atheist Ireland statements and the Holy See response to us.

From Atheist Ireland contribution on Monday:

We recommend that the OSCE promotes the separation of the State from either religion or atheism, as the foundation of protecting everybody’s rights equally. Atheist Ireland campaigns for this type of secularism with the Evangelical Alliance of Ireland and the Ahmadiyya Muslim Community in Ireland.

But the Irish State claims that it is constitutionally obliged (not merely permitted, but obliged) to allow religious discrimination, in order to buttress religion. The chairs of both major UN Human Rights Committees have strongly criticised Ireland in this regard.

Nine different sets of United Nations and Council of Europe committees have told Ireland to stop breaching the human rights of atheist and minority faith children, families and teachers in the education system. We recommend that Ireland urgently ends this religious discrimination.

From Atheist Ireland contribution on Tuesday:

We recommend that Ireland stops breaching the human rights of atheists, secularists and members of minority faiths. This includes in publicly funded schools, run by the Catholic Church, that breach the human rights to freedom of religion and belief, freedom from discrimination, equality before the law, and no effective remedy.

With regard to a statement (made by Atheist Ireland) on the schools run by Catholic entities in Ireland, the Holy See wishes to note that such schools are managed by different entities inspired by Catholic faith, but in no way depending from the Holy See, while subject to Irish laws and authorities, and the right of parents to ensure that the religious and moral eduction of their children is in conformity with their own convictions, read jointly with the right to autonomy of religious communities, implies the right of religiously inspired schools to freely decide on the admission of their own students.

Holy See responds to Atheist Ireland at OSCE in Warsaw about religious-run schools
By Michael NugentPosted on September 27, 2016