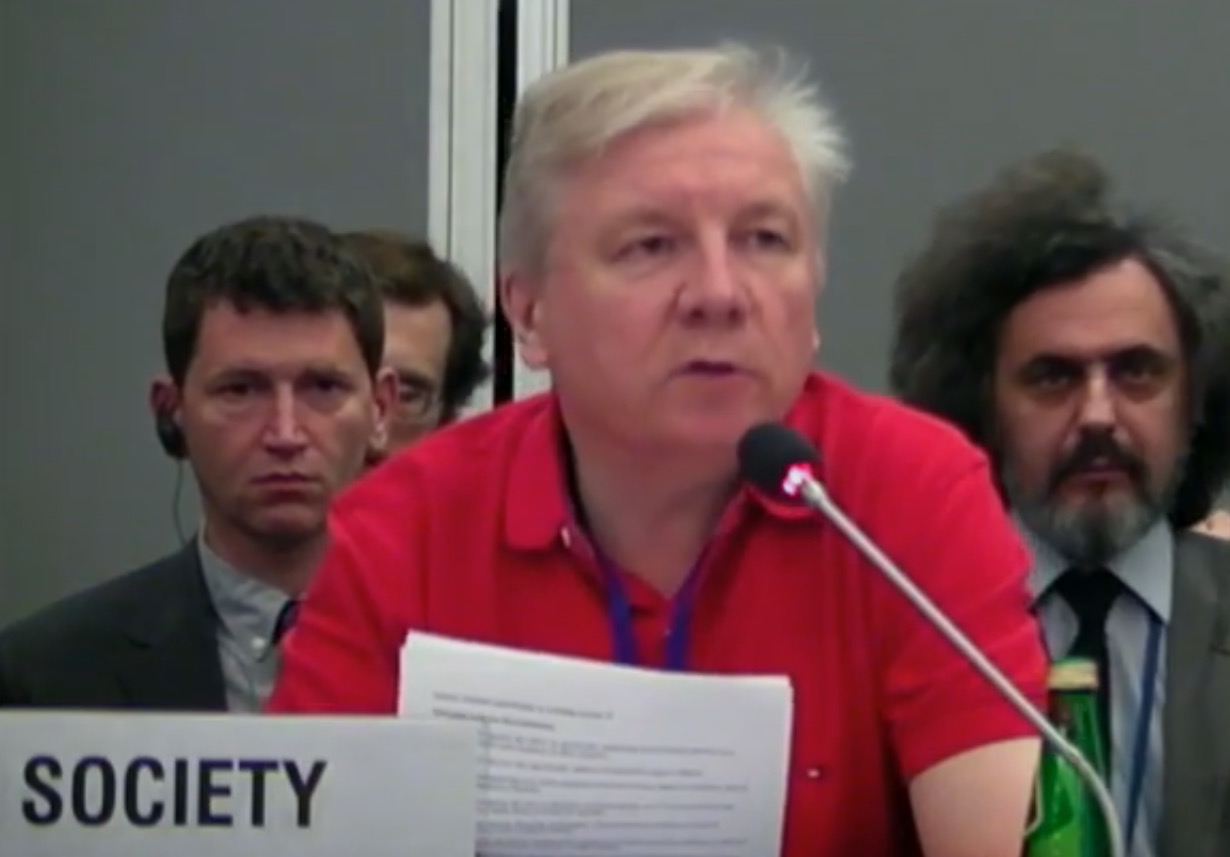 Atheist Ireland today told the annual OSCE human rights meeting that Ireland and other OSCE States must tackle prejudice-motivated crimes and religious discrimination. We will be speaking again tomorrow on freedom of thought, conscience, religion and belief.

Here is our contribution to today’s session:

Atheist Ireland supports the OSCE in specifically addressing discrimination and prejudice-motivated crime against Jews, Muslims, Christians and members of other religions.

We recommend that you also specifically address such discrimination against atheists.

We further recommend that you tackle prejudice-motived crime against ex-Muslim atheists, and against Ahmadiyya Muslims.

Atheist Ireland supports the new Ex-Muslims of Ireland group, one of whose members has already received an Islamist death threat for being an apostate.

These are not idle threats. Recently in Scotland, a Sunni Muslim murdered an Ahmadi shopkeeper, because of his religious beliefs.

We recommend that genitally mutilating girls and forcing women to wear specific clothing be treated as prejudice-motivated crimes on the grounds of gender and religion.

We recommend that the OSCE promotes the separation of the State from either religion or atheism, as the foundation of protecting everybody’s rights equally.

Atheist Ireland campaigns for this type of secularism with the Evangelical Alliance of Ireland and the Ahmadiyya Muslim Community in Ireland.

But the Irish State claims that it is constitutionally obliged (not merely permitted, but obliged) to allow religious discrimination, in order to buttress religion.

The chairs of both major UN Human Rights Committees have strongly criticised Ireland in this regard.

We have a law against blasphemy, which Islamic States cite at the United Nations to try to spread their laws against defamation of religion.

Nine different sets of United Nations and Council of Europe committees have told Ireland to stop breaching the human rights of atheist and minority faith children, families and teachers in the education system.

We recommend that Ireland urgently ends this religious discrimination.