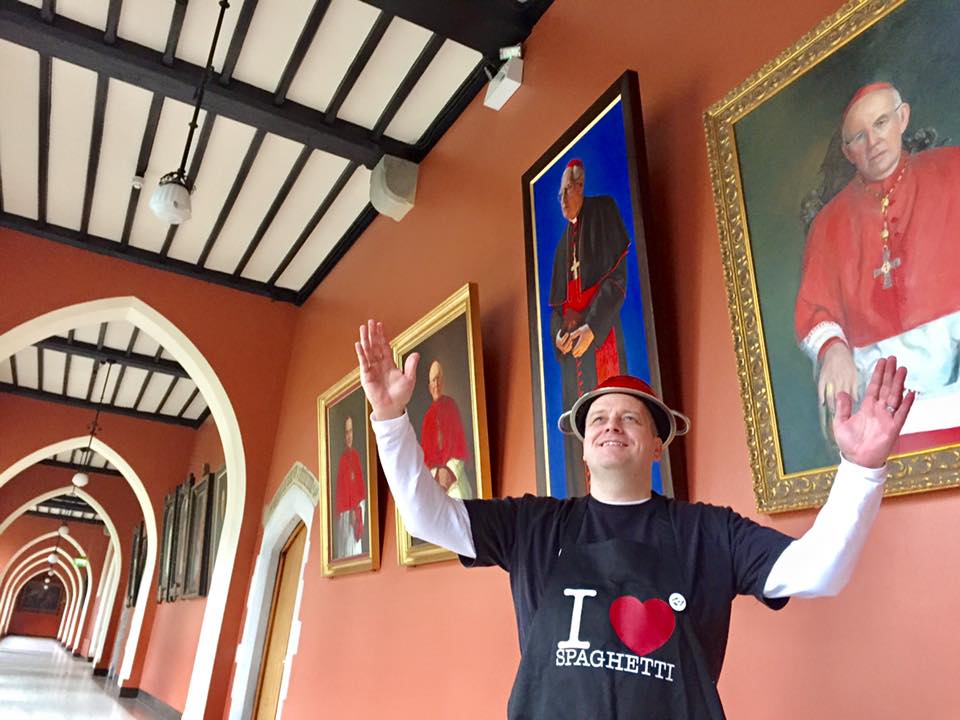 For the first time, the Irish Census results include all religious minorities with thirty or more respondents. There are nearly sixty listed. Here are some of the more interesting facts:

Here are the figures for all stated religions with 30 or more respondents: 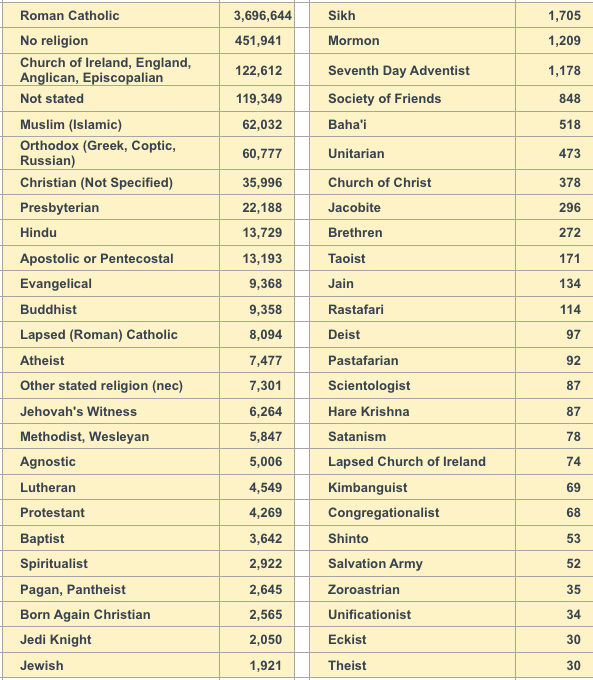