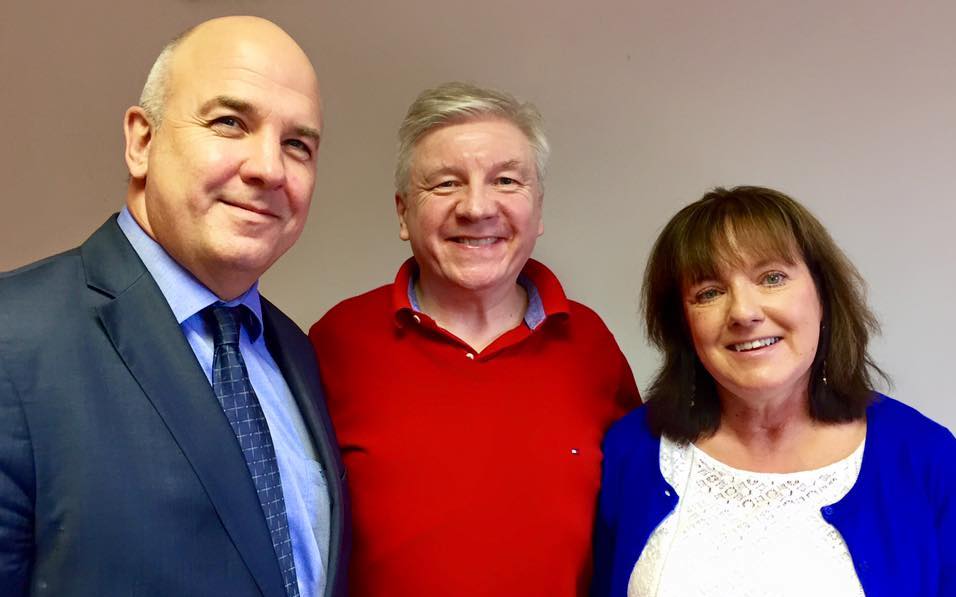 “We are three groups with very different world views,” she said, “but we are agreed on one thing: the Irish State should stop discriminating on the ground of religion, particularly in our schools.” Jane and I also gave the Council of Europe Commissioner a written report that includes perspectives from the three different belief groups.

Afterwards we met with Paul Rowe, the CEO of Educate Together, to discuss the overall issue of how to end religious discrimination in Irish schools. We will also attend a wider meeting on Friday, which Commissioner Muižnieks will be addressing, along with Pastor Nick Park of Evangelical Alliance Ireland, and Imam Ibrahim Noonan of the Ahmadiyya Muslim Community of Ireland.

At the meeting with Commissioner Muižnieks, Jane explained that the Irish State does not protect the human rights guaranteed under the European Convention.

“If we want our children to attend their only local state-funded school, that school can give preference to Catholics, at both primary and second level. But that is only a small part of the problem. Even we could get fair admission policies, we would only be getting our children access to a school in which they would be subjected to religious discrimination throughout the entire school day. This is because the Irish State does not require that the State Curriculum is delivered in an objective, critical and pluralistic manner, which would be consistent with human rights standards.”

“To begin, the Irish State cedes control of our publicly funded schools to private Patrons, the vast majority of whom are Catholic Bishops. The State then gives those Bishops exemptions from our equality laws, to allow them to discriminate on the ground of religion against children, parents and teachers. The State further argues that it is constitutionally obliged — not merely permitted, but obliged — to buttress this religious discrimination. We are not talking about faith schools as alternatives to the State system. They are the State system. And most parents have no alternative.”

Jane explained that parents who are Atheist, Evangelical, Ahmadiyya Muslim, or of other minority faiths, can legally opt our children out of the formal Religious Instruction classes. But the schools don’t provide alternative classes, so our children have to sit at the back of the religion class they are supposed to be opted out of.

But more importantly, the Catholic ethos is integrated throughout the State Curriculum and the entire school day.

Our children cannot opt out of this religious ethos. This breaches the positive obligation on the State to respect our human right as parents to ensure that the teaching of our children is in conformity with our convictions. This right to respect is an absolute right, not to be balanced against the rights of others, or one that can be gradually achieved.

The Patronage system itself is the problem

During the discussion with the Commissioner, we elaborated on the need to replace the school patronage system itself. We said that the Oireachtas Education Committee has already concluded that multiple patronage and multiple ethos of schools can lead to segregation and inequality. We need a religiously neutral State school system, instead of making the system even more segregated by adding more private patrons each with their own religious ethos.

We explained that, even if the State provided the 400 multi-denominational schools that it is promising fifteen years from now, that would still be a small proportion of the more than three thousand primary schools with a religious ethos. And the Catholic Church is trying to negotiate that, in return for divestment of some schools, it should have a stronger Catholic ethos in the majority of schools that it retains. That would leave most atheist and minority faith parents in an even worse position than they are now.

Finally we explained that, while we continue to campaign for a secular school system, we support the immediate implementation of the Recommendations from the Irish Human Rights & Equality Commission on the Admission to Schools Bill 2016, including amendment of Section 7–3(c) of the Equal Status Act, and Section 15–2(b) of The Education Act. 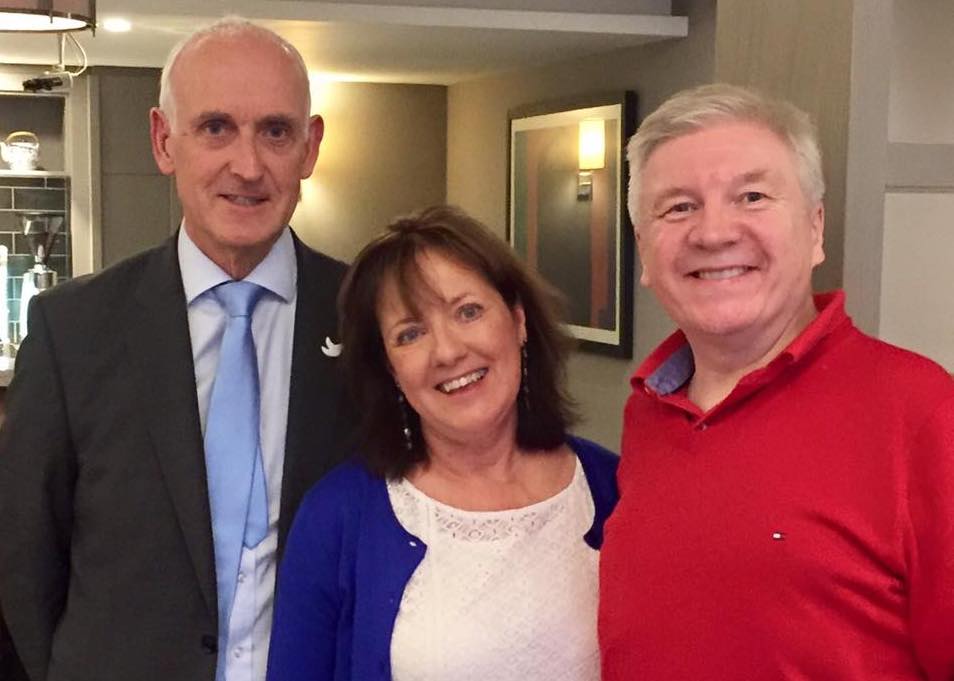 Pictured above: afterwards we met with Paul Rowe, the CEO of Educate Together, to discuss the overall issue of how to end religious discrimination in Irish schools.