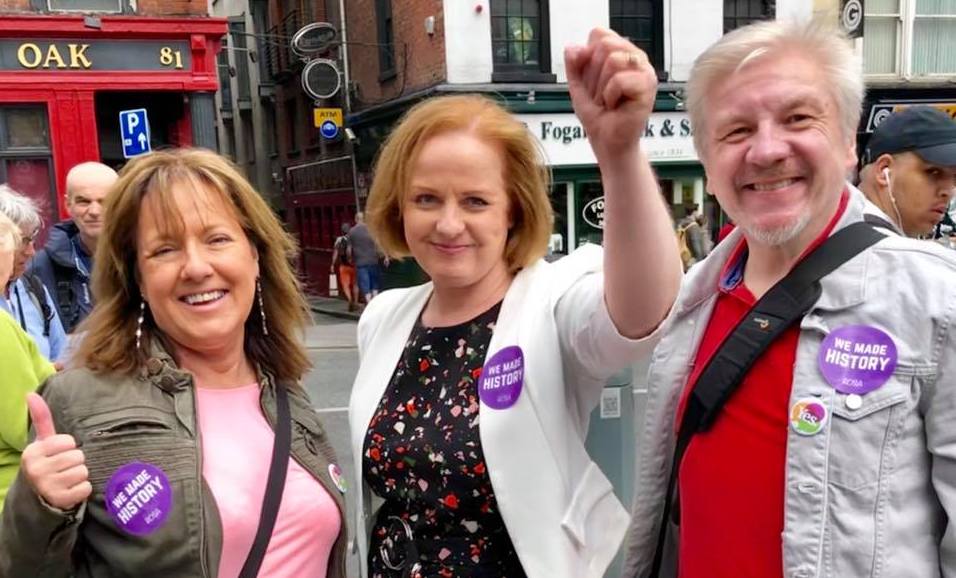 This referendum sees the fall of the Catholic Berlin Wall that has kept a pluralist Irish people trapped within the laws of a Catholic Irish Constitution.

Pregnant Irish women will now have the same right, to equality before the law, that gay couples have had since the marriage equality vote three years ago.

They will have access to safe, supervised, legal, compassionate healthcare at home, instead of traveling alone to England or buying unregulated abortion pills online.

Atheist Ireland is proud to have worked together for so long, with so many people and groups, in Ireland and at the UN, on this historic campaign for equal rights of pregnant women.

We also respect the position of Atheist Ireland members whose conscientious beliefs caused them to campaign and vote against the referendum.

This referendum changes everything about separation of Church and State in Ireland.

Next we need to vindicate the rights to freedom of expression without blasphemy laws, and to State-funded secular schools that do not discriminate on the ground of religion.

A week before the 1983 referendum, a Catholic Bishop told the Irish people that we were voting for the rights of God. That Ireland is clearly gone.

It is now indisputably clear that the Catholic Church no longer controls the Irish people. Our Constitution, laws, and politicians now have to catch up with the people.

The Government has already promised two more referendums this year: to end the blasphemy ban, and to remove the reference to the duties of women in the home.

We will also need referendums to remove religious oaths for high office, and other references to the authority of the Holy Trinity and the Christian God.

Alongside this, we need full separation of Church and State in the education system. We need equality for all in patronage, access, curriculum and teaching.

It is increasingly absurd that the Catholic Church runs 90% of our State-funded primary schools, and that it can legally integrate Catholic teaching throughout the whole school day.

The Government must stop putting the privilege of religious institutions ahead of the constitutional and human rights of Irish students, parents, and teachers.

This referendum does not create a new Ireland. It shows that we were already living in one. We now need to reshape our laws to reflect that reality.

Please join Atheist Ireland to help us play our role in bringing about these changes. You can find out more information at http://atheist.ie and http://teachdontpreach.ie