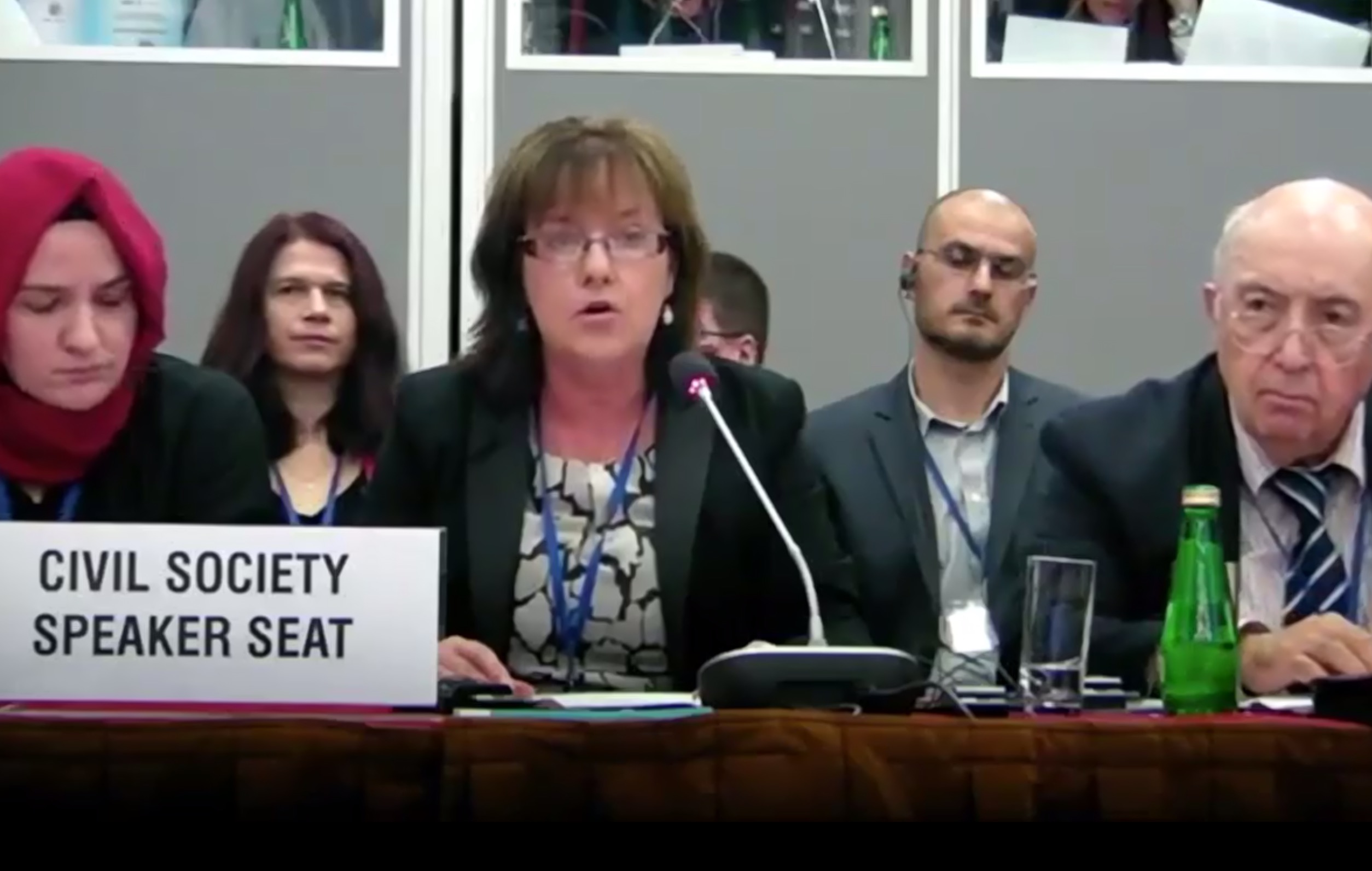 Atheist Ireland works internationally, as members of Atheist Alliance International and the International Humanist and Ethical Union. We also work directly with atheist and secular groups in other countries, to share information and to help each other to achieve separation of church and state.

The February 2018 edition of La Raison, the magazine of the French Libre Pensee, has published a four-page article in which Jane Donnelly explains how religious discrimination influences women in Ireland. The article is based on a talk that Jane gave in Warsaw, Poland, last year at the Kazimierz Lyszczynski Foundation days of atheism. 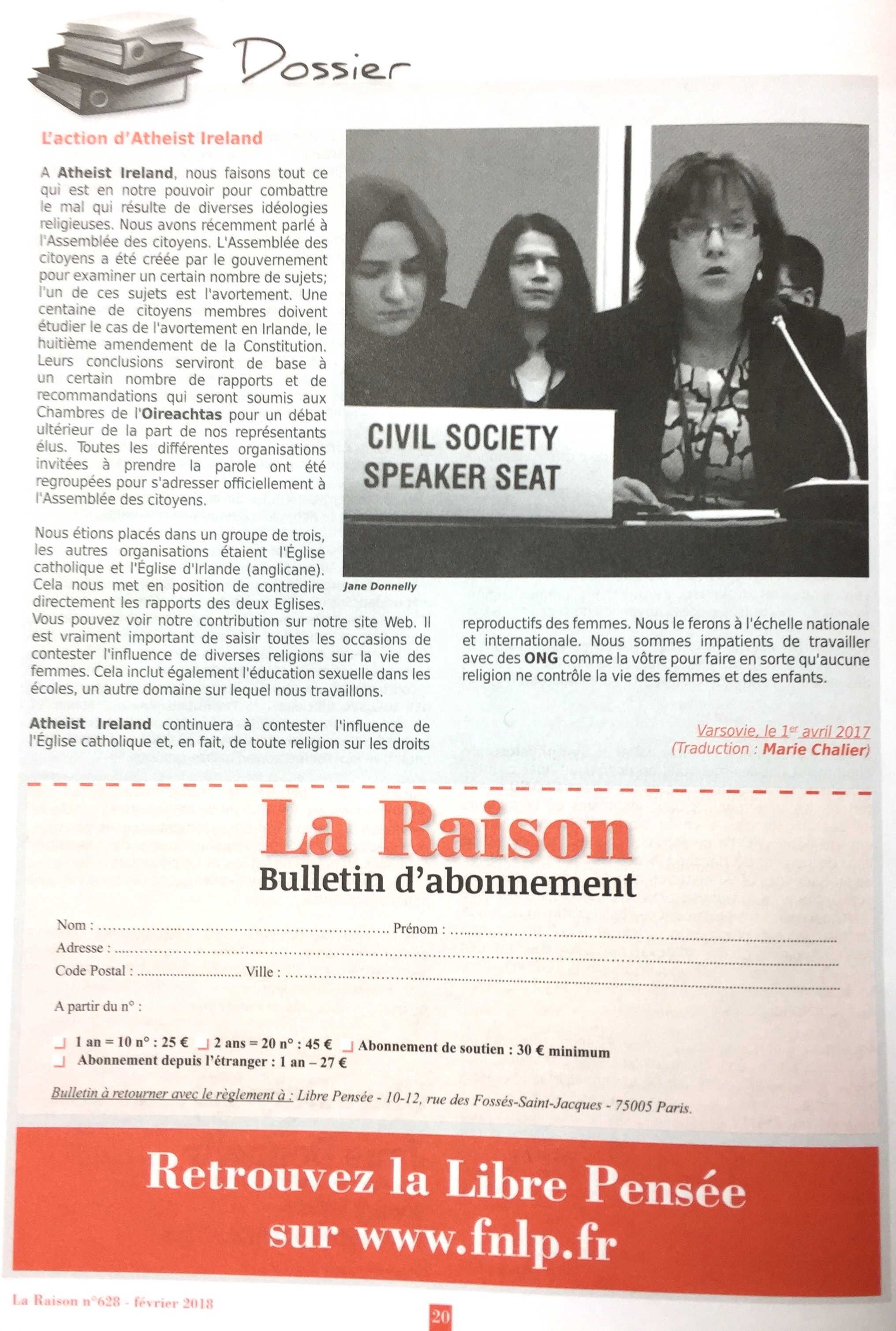 Religious discrimination against women in Ireland
By Michael NugentPosted on February 11, 2018September 11, 2019