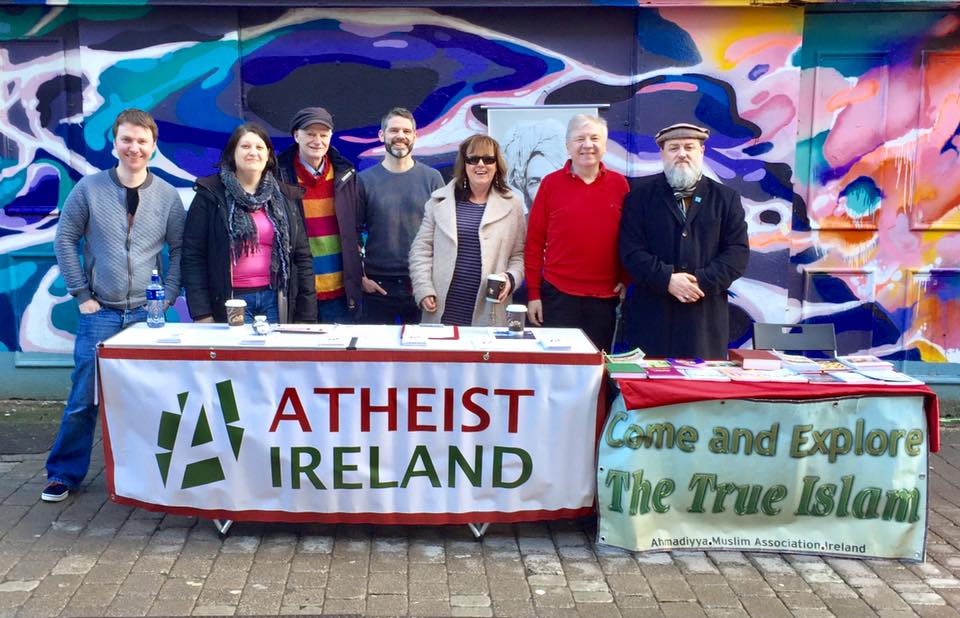 The attack on our friends in the Ahmadi Muslim mosque in Galway yesterday evening was both immoral and senseless.

It was immoral because it was an attack on innocent people, and on the principle of freedom of religion and belief. And it was senseless because the Ahmadi Muslim community are at the forefront of promoting peace and tolerance.

Atheist Ireland works with the Ahmadis and the Evangelical Alliance of Ireland to promote secular schools, and we have shared a public information table in Galway city centre promoting our different worldviews and our shared humanity.

Yesterday Imam Ibrahim Noonan said that Ahmadi youths are loyal to the country they live in, because they are educated against extremist views. He advised the Irish Government to examine who is funding mosques in Ireland, and to deport Imams who are linked with extremist organisations.

Yesterday Imam Noonan also sent a joint submission to the United Nations, along with Atheist Ireland and the Evangelical Alliance of Ireland, calling for the protection of the human rights of atheists, evangelicals, Ahmadi Muslims and other minorities in Pakistan. That evening his mosque was attacked as he led his community in prayer.

All peaceful democrats must stand together against this immoral and senseless act.

Attack on our Ahmadi Muslim friends in Galway was immoral and senseless
By Michael NugentPosted on June 6, 2017November 2, 2020