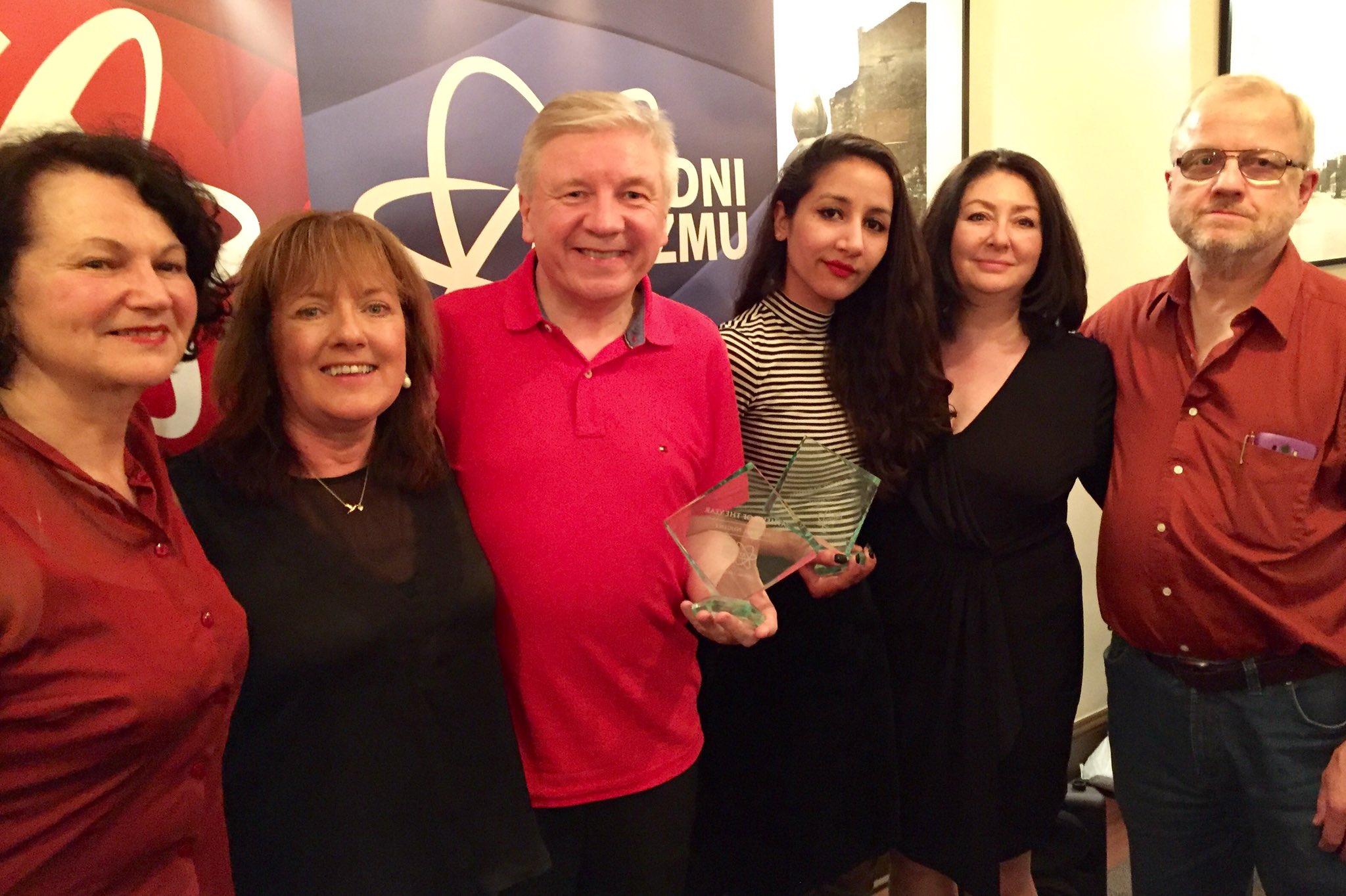 I was honoured to jointly receive the International Atheist of the Year 2017 award, along with Fauzia Ilyas of the Pakistani Atheist Association, at the Polish Days of Atheism in Warsaw this weekend. I accepted the award on behalf of all of the work done by everybody in Atheist Ireland.

The Polish Days of Atheism include an international conference on atheism and secularism, and an annual commemoration of the execution for Atheism of 17th Century Polish philosopher Kazimierz Lyszczynski. Jane Donnelly and I attended this year, and we spoke on freedom of belief, women’s rights and the right to die.

A jury of atheist activists from different countries decide on the annual award. It is intended to recognise and encourage the promotion of Atheism and secularism, as well as international cooperation between atheist and secular organisations. Previous recipients are:

It is indeed an honour to be associated with such dedicated and principled activists for atheism, secularism and human rights.

Thank you for the International Atheist of the Year Award 2017
By Michael NugentPosted on April 2, 2017