Women Beyond Belief is a new anthology by American author Dr. Karen Garst, inspired by the Hobby Lobby court case of 2014. Karen is the former executive director of the Oregon State Bar. She also blogs at faithlessfeminist.com.

“As I tried to let my beliefs go, my head seemed far ahead of the rest of me. I would think, That makes no sense, but I would be assailed by intense fear and doubt. I felt all of my old fears and beliefs still skulking inside, like the biblical leviathan, a sea monster that lurked in the deep. I felt wrong, as though I had committed a terrible crime and I was going to be punished.

Whenever I got near anything to do with my religion—a Christian coworker, a bumper sticker, a debate or a speaker, something on the Internet or the news, even (or especially) my own family—I went into a tailspin of dread and doubt for days. I kept thinking the fear would diminish, but it went on for months and months.

My fear was so ingrained that as I wrestled with my beliefs, I had shadowy nightmares, and I felt like things were creeping up on me in the middle of the night. As I sat in my chair reading, there were times when I involuntarily glanced upward, as if lightning might crash through my ceiling. When I attacked my beliefs about Satan, it felt as if he was in my room with me. This was a complete surprise, not to mention freaky. After thirty years away from my religion, my mind was still being assaulted with irrational fear for disbelieving.” 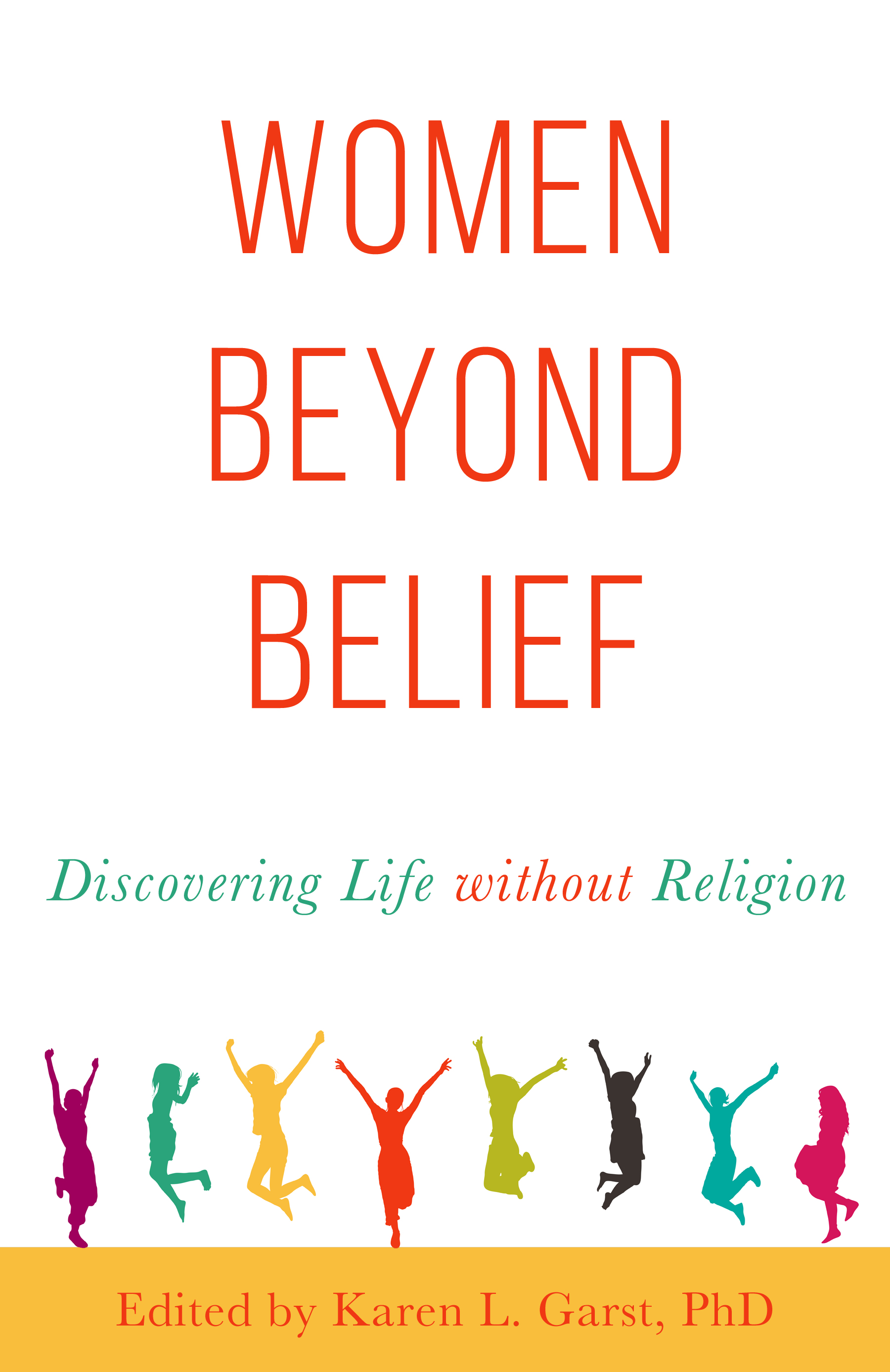 Ann Wright was raised in a very religious family. She has long struggled with the shame and guilt that was instilled in her. She is one of 22 women who have written essays about their personal journeys away from religion.

Karen Garst has compiled these essays into a book entitled “Women Beyond Belief: Discovering Life without Religion,” which can be pre-ordered on Amazon. Karen became incensed when the U.S. Supreme Court issued its decision in Burwell v. Hobby Lobby in 2014.

This decision said that because of its religious views, Hobby Lobby, a craft store, would not be obligated to follow the dictates of the Affordable Care Act and provide certain forms of birth control to its employees.

“Will we never end the fight for women’s reproductive rights?” Karen asked. “Once again, religion has influenced the laws of our land. Politicians cite their religion in supporting restrictions on abortion, banning funding for Planned Parenthood, and a host of other issues that are against women.”

The most prominent public voices of the New Atheism movement that arose after 9/11 were men: Richard Dawkins, Sam Harris, Christopher Hitchens, and Daniel Dennett. They came with backgrounds of science and philosophy. They launched a renewed effort to show people how destructive religion can be and how all Abrahamic religions are based upon an Iron Age mythology, borrowing from other mythologies of the time.

Karen wants to add a focus on women and the role this mythology has played in the culture of many countries to denigrate and subordinate women. She states that “Religion is the last cultural barrier to gender equality.” And she is right. More and more women atheists are speaking out. And as we all know, if women leave the churches, they will collapse.

She has received support with reviews by Richard Dawkins, Valerie Tarico, Peter Boghossian, Sikivu Hutchinson and other atheist authors.

“All three Abrahamic religions are nasty, and women have borne the brunt of the nastiness throughout history. It still persists, and it is moving to listen to women of today telling their personal histories of the various ways in which religion has oppressed them, from childhood on.

In their interestingly different ways their testimonies seem to add up to the same story, a story as old as the myth of Eve. I closed the book with uplifted admiration for all these women and for their courage in breaking their historic fetters.”

I encourage you to check out Karen’s blog at faithlessfeminist.com and to pre-order this excellent book.