John Buckley, artist and poet and member of Atheist Ireland, died of cancer on 28 January 2014. He was 67. Today his family and friends gathered in Limerick to celebrate his remarkable life. I and Jane Donnelly made the following contributions to this celebration in memory of John.

We shared one personal bond that neither of us wanted. Three years ago, we were in Cork at the Atheist Ireland Annual General Meeting. John and I sat beside each other at lunch, and we discussed living with cancer. John had recently been diagnosed with cancer, and my wife Anne was living with lung cancer. As we returned to the meeting after lunch, I got a phone call. My wife had died suddenly at home. We both realized that John might be starting a journey with the same ending. When you are living with cancer, you truly appreciate how precious each moment of life is. 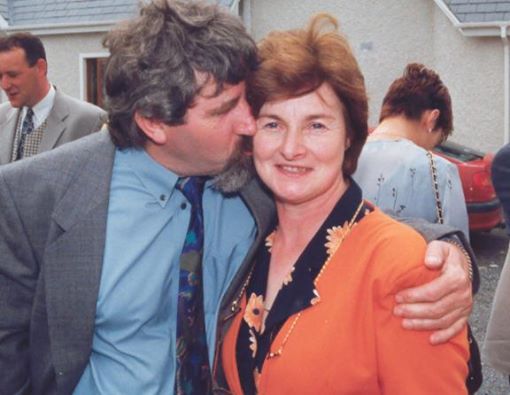 John was extremely proud of his wife Marie and all of his family. He always talked about them, and posted photos of them online. He loved walking through beautiful scenery, which in turn inspired his paintings and his poetry. He loved German Shepherd dogs and always said that they were much better shepherds than Jesus was. More than anyone I know, he combined an emotional love of pure, unspoiled nature with a intellectual love of modern science and technology.

He was a philosophical man, and was very aware of the ongoing march of time. He wrote a particularly moving poem about the futility of conflict, while thinking about his maternal grandfather who served in the British Army during World War One. He in turn was proud to be a grandparent and great-grandparent himself, and he said that it gave him a new perspective on life.

John faced his death with the same positive attitude that he enjoyed during his life. When Jane and I last saw him a few weeks ago, he was focusing his attention on the constant stream of visitors to the hospice, and showing off his rainbow-painted toenails. He also kept his sense of humour. His technological geek side showed through when he recently posted a cartoon of a funeral with a priest beside a coffin. The priest was looking up from reading messages on his mobile phone, and he was saying to the congregation “There has been a huge outpouring of emoticons.”

John’s atheism was particularly important to him. His love of nature, science and wisdom had led him to believe that there are no gods, and that we live in a fascinating universe far more wonderful and awe-inspiring than the tales told in ancient books. His love of people, justice and life had led him to believe that religion was not only untrue, but that it was harmful by causing needless suffering around the world.

John wanted people to know that he was not only an atheist, but an active atheist. He specifically wanted Jane and I to emphasize this important part of his life, at this celebration today of all of the good things that he brought into the world, and all of the love that he shared with his family and friends. He wanted his memory, like his life, to challenge the mistaken beliefs that many people have about atheism.

Of all of the fantastic and creative things that he did in his life, of all of the ways that he could have chosen to describe his work, he wrote in his Facebook profile that he worked at “producing an antidote to cure superstition and irrationality”. Just weeks before he died, he changed his profile picture to one that he was particularly proud of, in which he was standing alongside fellow atheist Richard Dawkins, whose books John always recommended to people who were starting to rethink their relationship with religion.

John believed that religions impose a false morality by commanding us to do certain things, regardless of the actual moral implications, based on threats of eternal punishments and promises of eternal rewards. He argued that, for a person to be truly morally responsible, they must be able to freely discuss and reason out their choices based on genuine values that respect the human intellect, its inquiring and skeptical nature, and its dependence on human intuition and verifiable science.

A year ago John made two New Year’s resolutions that many of us of a certain age could consider following. “Resolution number one – to put aside the annoyance that noises I used to make during sex are now part of the ritual of getting out of bed. Resolution number two – to create something that will make me happy today.” John’s daily creations included not only only his paintings and poetry, but the love and happiness that he brought to so many people every day, and his daily contribution to changing the world for the better. I am proud to have known him and to have been his friend.

John was one of the first people that I got to know online. When I started to get involved with Atheist Ireland, everyone was insisting that I had to be on Facebook so that I could keep in touch with people. So I reluctantly opened a Facebook account, and I told myself I would only use it for Atheist Ireland business. Then John sent me a friend request, and I suddenly found these amazing posts by him on my computer every day.

He was eloquent, he was caring, he was funny, he was creative, and most importantly, he was sincerely friendly and he was easy to love. He would post photos of his family, of his paintings, of his nature walks, as well as funny quips and cartoons.

He was the first person whose Facebook posts I started to respond to emotionally. I found myself looking forward to seeing what he would be posting every day, and I would often laugh out loud.

He would write things like: “A word of warning – beer may make you think that you are whispering when you are not.” And “After four weeks of dealing with builders my earnest wish is to be as thin as my patience.” And “The best time for self-reflection is definitely when the bathroom mirrors are fogged after a shower.” And “One of my grandsons just asked me why all of the intelligence-seeking instruments are facing away from Earth?”

And he would also write deep philosophical pieces on the nature of poetry, the history of superstition from rural Ireland of the past to the Middle East today, to a pamphlet with advice for people uncertain about their relationship to gods and religion. He said that he wanted to write more about his family history, but his mother clammed up on him, saying that between his atheism and his pugnaciousness, he could well turn out to be another bloody Frank McCourt and write something that could disgrace the family. 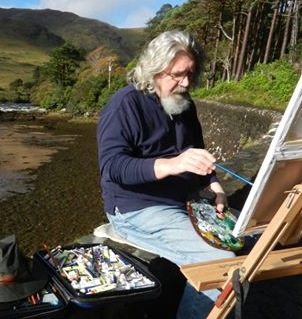 He was equally eloquent in describing why he loved to paint. He said: “There’s no audacity or aggressive certainty about anything I strive to create through my art. All I know for certain is that the urgency which compels me to draw and paint excites many sensual things in my crowded head and creates endless new colours and textures for the imagination. Also, I love to paint because the very act of doing so is so challenging and allows me as a natural skeptic to confront one other dimension of life in which ignorance is rife.”

John was my first real Facebook friend, in the sense of somebody who I actually became real friends with on Facebook before I met him in person. And then I met him for the first time at an Atheist Ireland meeting. The first thing that I was struck by was his hair, which looked even more luxurious in real life. And then he started to speak, and I could tell that his writing reflected his true personality. He seemed to speak in prose, and sometimes poetry, rather than everyday language.

I remember when the philosopher AC Grayling came to speak at an Atheist Ireland meeting, and John and I were in the audience. I was trying to focus on what AC Grayling was saying, but all that I could think of was that his John’s hair would look just like AC Grayling’s hair, if John had taken the time to run a comb across his head. But there was a more important similarity between John and AC Grayling – both were deep thinkers and very wise men.

I also remember John traveling to Dublin when Atheist Ireland were supporting the gay community in their protest outside the Catholic Eucharistic Congress. We stood across the road from the Congress, with passing cars beeping in support. John had handmade a placard that read ‘Religion Poisons Everything’, which everybody present admired. I am proud to have known John and to be here today to say these few words in his memory. 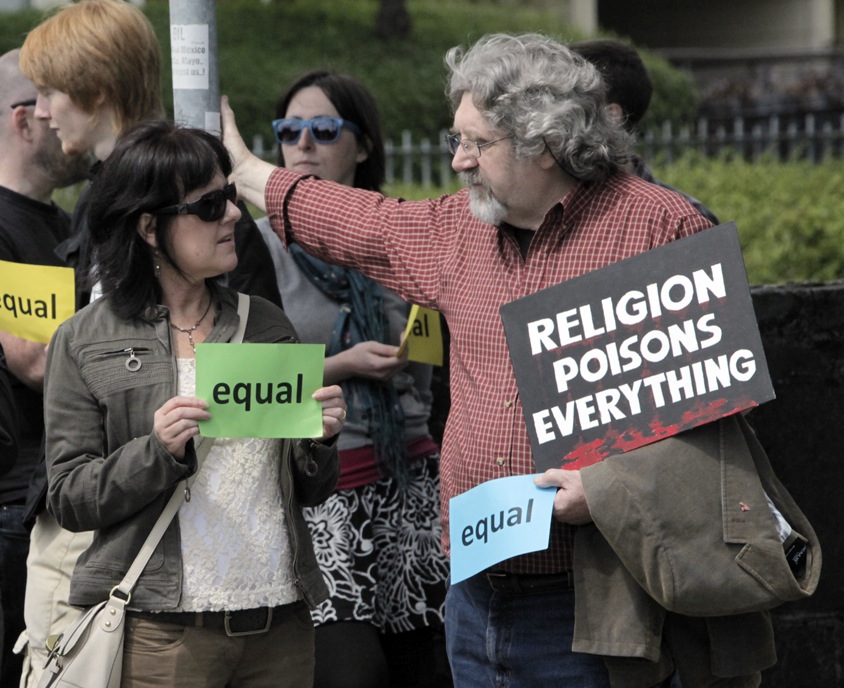 A tribute to the late John Buckley, artist and poet and member of Atheist Ireland
By Michael NugentPosted on February 15, 2014February 17, 2014

10 thoughts on “A tribute to the late John Buckley, artist and poet and member of Atheist Ireland”